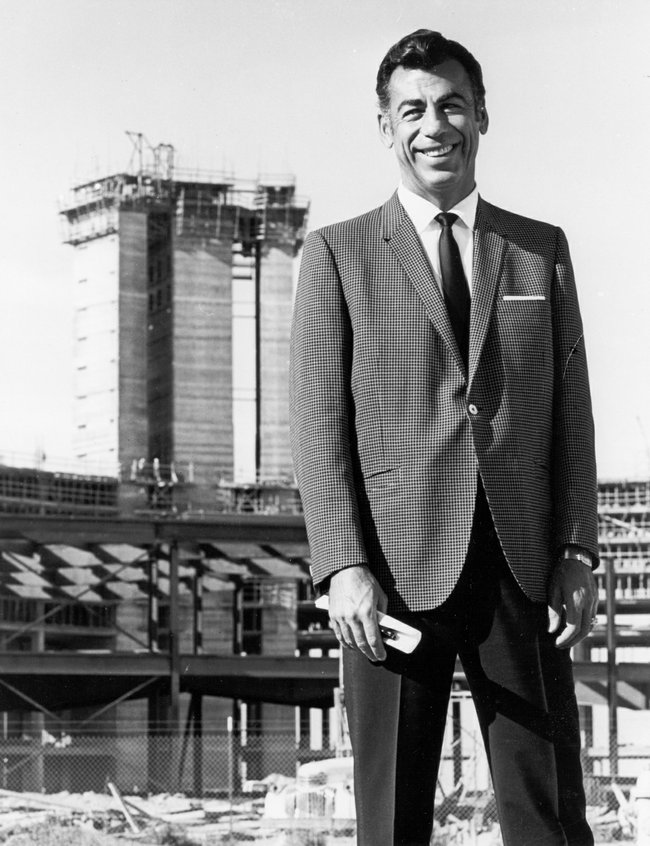 In 1967, Kirk Kerkorian bought 82 acres of land on Paradise Road in Las Vegas for $5 million and, with architect Martin Stern, built the International Hotel in 1969. It was then sold to Hilton Hotels in 1970, just a year after it opened. It became the Las Vegas Hilton in 1971.

When it opened, it was the largest hotel in the world. It was first home to Barbra Streisand and then Elvis Presley. Elvis performed for seven years at the International/Hilton, living in the penthouse suite on the 30th floor when in town. Liberace headlined in the showroom through the 70s, earning as much as $300k/week.

The hotel had what was the largest freestanding sign made mostly of steel in front of the hotel on Paradise Road. The old sign was semicircular in shape, and had three large steel posts close to each other forming a small circle, while three more posts on each side of the three main ones, this time more spaced out, formed the semicircle, also holding up a concrete sign.

The old sign, which had been built at a cost of $5 million, was blown down during a brief gust of wind on an otherwise windless day of July 18, 1994. A new $9 million, freestanding concrete Hilton sign was built in 1997 at the same location and is the largest freestanding sign in the world. The sign was narrow, and got wider as it got higher, forming a fan-type design at the top.

The Las Vegas Hilton is one of few western hotels to not suffer from Triskaidekaphobia (fear of the number 13) by having a 13th Floor.

At the end of 2011, the Las Vegas Hilton became the LVH (Las Vegas Hotel and Casino) and lost the Hilton relationship. It is now owned by Goldman Sachs.